DVDFab Blu-ray CreatorIs a Chinese software vendor DVDFab SoftwareA BD authoring software developed by (formerly Fengtao Software) that allows you to create original Blu-ray discs from video files in a format that can be played on a BD player.

DVDFab Blu-ray Creator is fully functional during the trial period (30 days), but the created BD will have the DVDFab watermark.

DVDFab Blu-ray Creator DVDFab 12 Because it is a module ofDVDFab 12 All-in-one To install.

See below for installation instructions

How to use DVDFab 12 Blu-ray Creator

DVDFab Blu-ray Creator does not have a video editing function, so you can insert titles, cut and trim, add subtitles, etc. for the video that will be the material in advance as needed.  Video editing software Editing work is required.

DVDFab Blu-ray creation will downscale if the material resolution is greater than 1920 x 1080 and upscale if it is smaller, but it is recommended that the resolution be 1920 x 1080 when the material is edited.
If you add multiple video files chapterHowever, since it is not possible to create chapters from a single video file, split the video in advance if chapters are needed.
Videos shot in portrait orientation, such as smartphones, rotate automatically, so if you want to record in portrait orientation, use a letterbox in the video editing app to adjust the resolution. 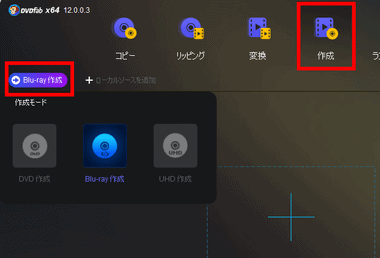 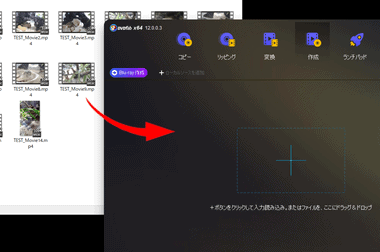 Add a video file by dragging it to the center of the home screen.

You can add multiple videos with different resolutions and file formats. 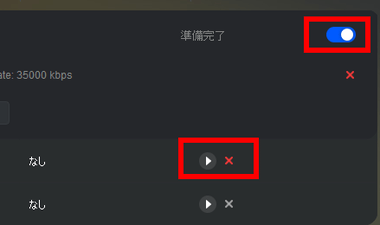 The loaded source is task It is added as, and you can enable / disable the task with the button on the far right. 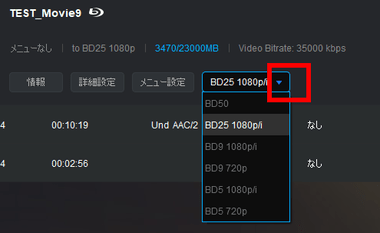 Select the output setting from the drop-down list in the title part.

The menu is not so flexible as the background and title can be changed based on the template. 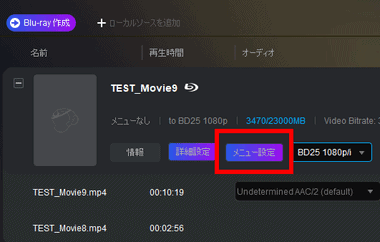 The menu is automatically added with a template Menu settings Click to edit. 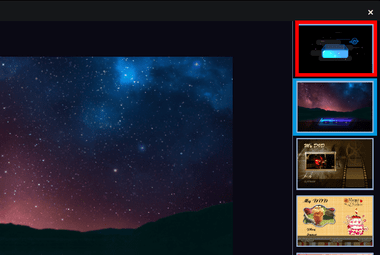 No menu If you select, the main part will play automatically after the disc is set. 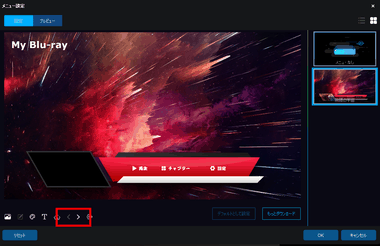 The menu is Home -scene (Chapter) ・ Audio / subtitles In the configuration of, you can switch the edit screen with the arrow icon at the bottom of the menu. 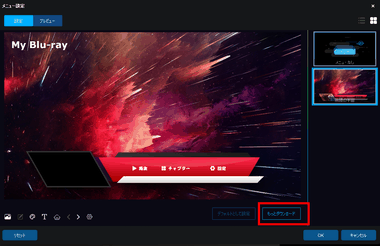 In the initial state  Infinite universe と streaming Templates are available and other templates are downloaded when used.

The control panel cannot be customized, and the font used, such as Kantei style, cannot be changed. 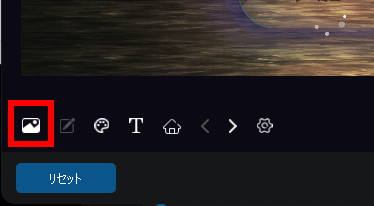 If you want to replace the template background image Click the icon. 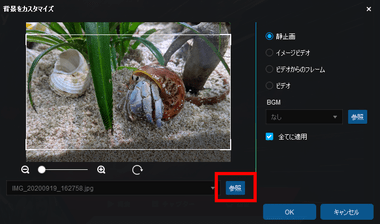 The default is Still image Has become reference You can specify any image to be the background with.

Images can be enlarged and rotated for editing BGM You can also add BGM to the menu by specifying the audio file with.
Applies to all If you check scene , Configuration The background of is also changed. 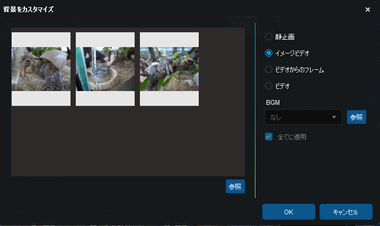 Image Video Specifies multiple images and makes the background of the menu a slide show, and you can also specify BGM.

Image switching is very fast and the display time cannot be set. 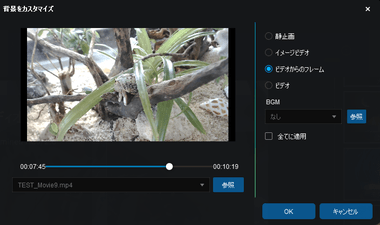 Frame from video Is to cut an image from any video file and use it as the background, and you can also specify BGM. 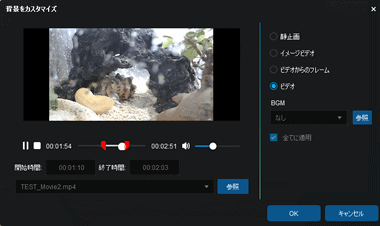 video Can set a specified range from any video file as the background of the menu.

Because the set video file also reflects the audio BGM If you specify an audio file with, the sound will be heard. 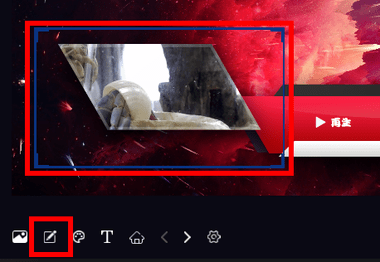 Home , scene Thumbnails can be moved and scaled, and after selecting a thumbnail, at the bottomCustomization By clicking the icon, you can specify the image in the same way as customizing the background. 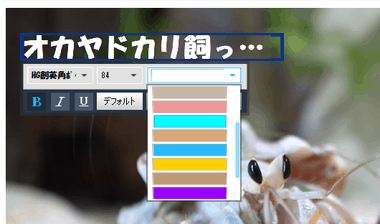 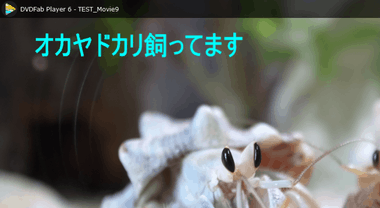 title  IME switching is turned off and you can input Japanese by copying and pasting Japanese text with another application such as Notepad.Japanese fonts are not reflected in the menu, so it is recommended to use alphabetic characters and alphabetic fonts for the title.. 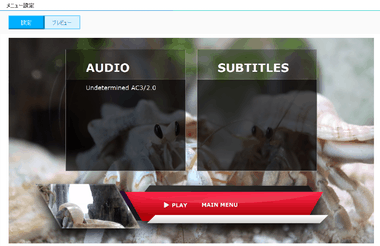 Automatically if there is audio or subtitles  Audio / subtitles Is displayed but can be changed AUDIO-SUBTITLES Font only.

Tasks are added automatically, and those that were interrupted due to an error may be registered, so before executing output processing Current task To confirm. 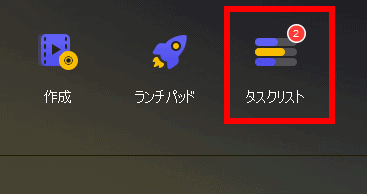 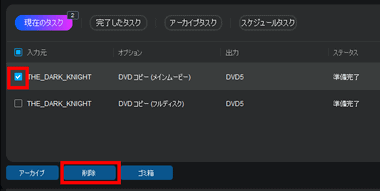 If unnecessary tasks are registered, enable the check box and click "Delete". 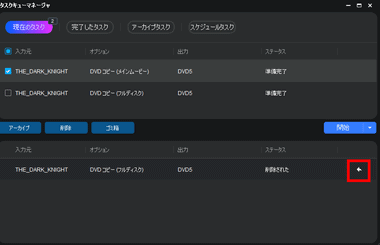 The deleted task is Garbage can Click to display the list in the lower pane, and click the arrow at the right end of the task to restore it. 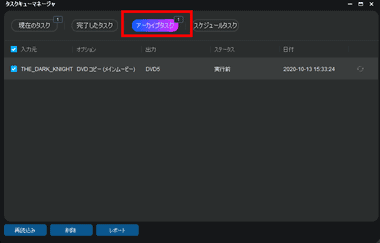 Archive Tasks that failed to be processed are automatically added to, so select them if you do not need them and click "Delete".

If the task processing fails and the task is saved in the archive, DVDFab will ask you to execute the incomplete task when you start it. If you cancel it, it will be automatically deleted from the task archive.

When writing to a disc, DVDFab saves the data in a temporary folder and writes the saved data using the writing function.

Output destination After specifying the optical drive from the list and setting the number of copies, click "Start".

When the copy process is complete, the drive tray will open automatically and a dialog will be displayed asking you to insert a blank disc. 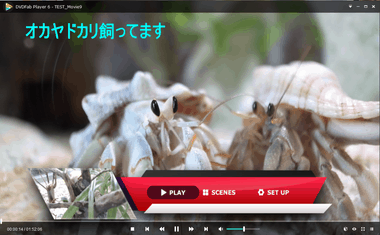 If there is no problem playing it on a Blu-ray player, it is completed.

How to buy DVDFab Blu-ray Creator

Click "Buy Now" in the plan you want to purchase to proceed with the purchase procedure.

The indefinite version may be on sale Campaign page confirm.
After paying with a credit card or Bitcoin, register as a DVDFab member and activate the product with the registered email address and password.